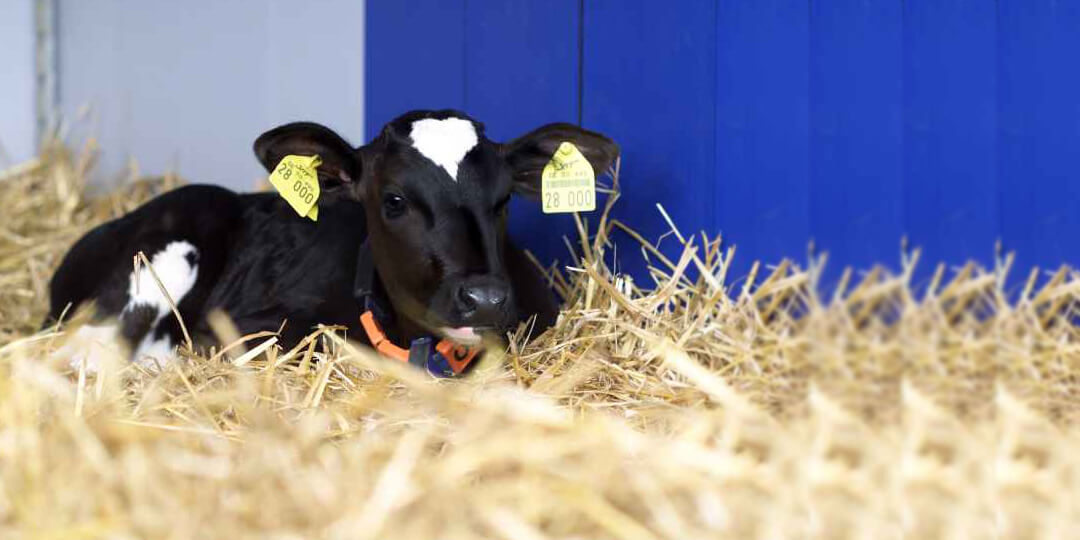 Grober Nutrition is invested to be at the frontier of young animal nutrition, and the Grober Young Animal Development Center (GYADC) is an opportunity to explore new developments in young animal husbandry and nutrition. During 2014, one of the trials at the GYADC focused on dietary and developmental needs of neonatal calves and lambs.

The initial month of a calf’s life is a time of extremes. The young calf has almost negligible body energy reserves, and is exceedingly vulnerable to infection, especially those predominant in the gastro intestinal tract. Scouring results in dehydration and may cause fever. These physiological states are stressful to the young calf and commonly cause a systemic reaction from the rest of the organ systems. Sam Leadley, an expert in calf management, explains that the bovine lung system is the first to respond to stressors, which is why pneumonia commonly follows scours. (Hansen, 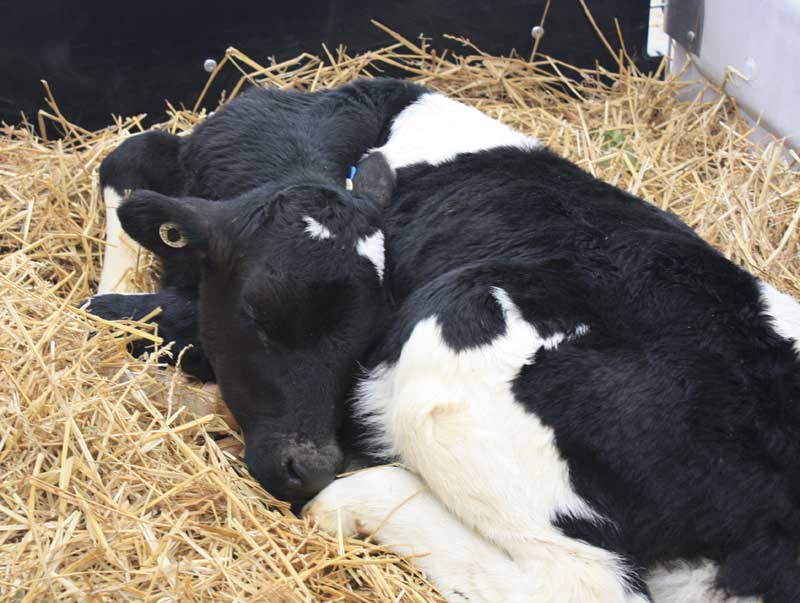 2011). Despite the sensitivity of calves to enteric diseases, their digestive and absorptive metabolisms are at maximum efficiency with the highest feed:gain ratio that animals will ever express. This neonatal period of growth and development, although impressively rapid and efficient, is quite fragile. There are environmental and nutritional needs that are specific to the young animal’s metabolic rate and immune status at this stage of life and to fully capitalize on the development of these animals, a specific neonatal feeding and housing management system should be considered. The spring trial was a pilot study, testing a new product developed by Grober Nutrition targeted for the neonatal calf. This trial was designed to investigate feeding concepts relating to neonatal calf health and performance to maximize developmental potential, translating later to a more productive dairy cow. Housing conditions such as cleanliness, providing bedding with high nesting ability and adjusting air flow to best suit the needs of the neonatal animal were all considered in the investigation.   The summer trial confirmed the promising results of improved health status paired with reduced scouring of calves on the neonatal trial program. Trial calves experienced a reduction in the incidence and severity of scours (Figure 1) and fewer treatment interventions during both the neonatal period, and throughout the next 7 weeks at the center (Table 1). This trend of reduced general illness in calves that experienced subdued and lesser scouring bouts is reflective of the mirror trend of calves being more susceptible to pneumonia following bouts of scours due to the sensitivity of bovine lungs in a physical state of stress. Subsequently to the reduced enteric illness in the initial three weeks of calves on the neonatal nutritional program, these calves experienced a more efficient feed to gain ratio (F:G) from day one to week five (p=0.0341). Two pens of calves acted as a control (n=20) and the other two pens were subjects of the neonatal program (n=20).  The trial product was fed for the first three weeks followed by a transition to Grober Excel (26/18) milk replacer, which was fed until weaning and throughout with the control groups. All calves were fed 9L/day by automatic feeders and offered 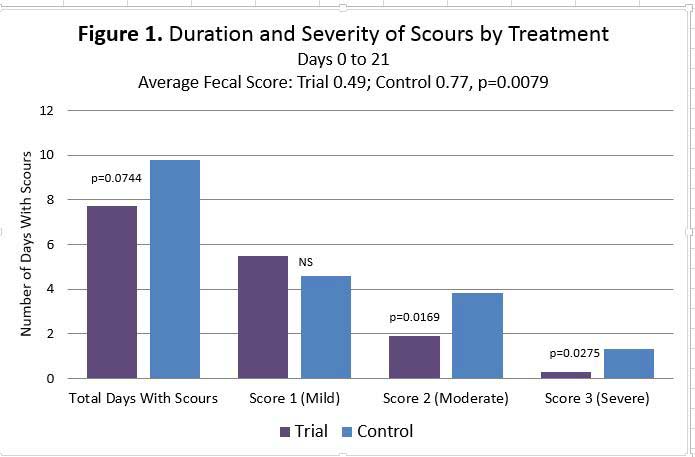 a chopped grass hay and pelleted calf starter TMR ration, which was fed ad libitum throughout the trial. These results indicate that a health promoting neonatal diet can have lasting beneficial effects on the health and growth parameters of the milk fed calf. The data collected on the early developmental needs of these calves is the beginning to a better understanding of the specific needs of the developing neonatal animal. More insight into the unique benefits of nutritional factors will be further investigated in 2015 at the GYADC to more accurately provide for the delicate neonate. This principle of a neonatal specific nutritional program was applied to small ruminants as well. Lambs were subject to either a control nutritional program or to a trial diet specifically targeting the neonate period when the sensitivity to enteric disease is highest. Keeping the neonate free of enteric disease is a good way to promote feed efficiency and help lambs to reach their maximum potential of growth. All lambs were fed with the Automatic Grober Lamb/Kid ECO Feeder and offered free choice water, hay and an 18%, pelleted lamb creep feed. For the first fourteen days, one group of lambs were fed the neonatal trial product, while the other pen received a control diet (Grober LambGro milk replacer). After 14 days, lambs fed the trial diet were transitioned, over a three day period, to LambGro milk replacer for the remainder of time on milk.

Results The neonatal trial program was successful in being a health promoting nutritional program by drastically reducing the occurrence, severity and duration of scouring (Figure 1) based on the fecal scores observed. There was a numerical difference representing fewer treatable health events in the trial fed lambs compared with the lambs fed the control diet, as well as a 50% reduced frequency of bloating during the late milk fed phase. The results begin to indicate that by reducing the pressures of enteric disease in early development, health events can be minimized, or there may be improved response to treatments for young animals during the milk fed period. Further research on a larger population will help to confirm these findings, in addition to exploring how neonate lamb and kid care can be improved in different feeding and housing management scenarios as well as managing seasonal influences.   Calf nutrition and management will continue to evolve alongside new technology to improve calf care and invested research will improve strategies for optimizing the different developmental and nutritional needs of the varying phases of neonatal life to adulthood.