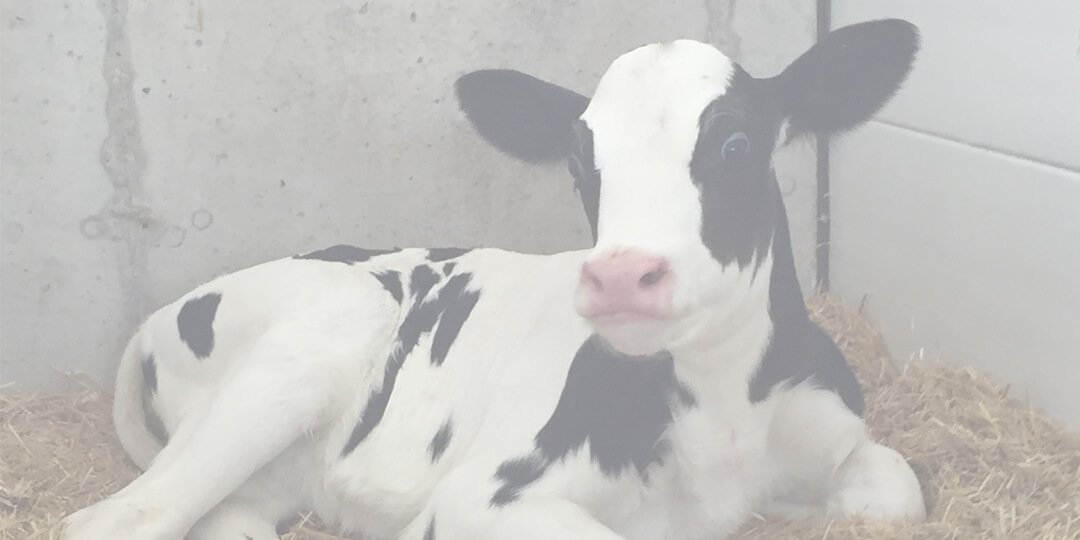 Weaning can be a stressful event for calves.  Taking the time to wean gradually can help reduce that stress and give the calf time to adjust their eating patterns to include more starter.  It is important to establish the right time to wean ensuring (a) the calf has received enough milk for optimal growth and (b) is consuming enough starter to wean gently and not lose body condition after weaning.  The Grober Young Animal Development Center (GYADC) compared weaning over 5 days and 10 days in individual or paired housing (fed by pail) and in group housing (fed by automatic feeder).  All animals received Grober Excel (26/18) milk replacer; they were fed 150 g/L and up to 9L/day.

Calves housed in individual or paired pens were weaned by removing 1 milk meal/day at the start of weaning and then removing the remaining milk meal at weaning.  There was not a significant  difference in bodyweight gains for these animals, though there was a pattern toward improved gains for calves weaned over 5 days (Table 1).  Health events were higher at weaning and post weaning for calves weaned over 10 days, a possible indication of stress.  Pairing animals made a difference in starter intake.   Starter intake  was  higher by weaning time; paired calves consumed on average 1.35 kg/day and individual animals consumed 0.884 kg/d.  Academic research has evaluated the concept of grouping in pairs at weaning (De Paula Vierira, 2010).  There was a positive relationship between pairing at weaning and grain intake, however it is important to note that pairing right from the start presented significant challenges to their health for the first two weeks.  Weaning over a shorter period (5 days) proved more successful for individual and paired animals

Calves housed in groups (4 groups of 9 calves) were fed by an automatic milk feeder (one nipple per group); weaning through a feeder is a gradual process because the computer calculates an equal reduction in milk each day until weaning.   Two groups were weaned over 5 days and 2 groups over 10 days.  There were no significant bodyweight differences between weaning times; there was a pattern toward improved gains for calves weaned over 10 days (Table 2).  Calves weaned over 5 days experienced increased health events at weaning and post-weaning.  Grain intake was very different between the two weaning times, such that calves weaned over 10 days consumed more starter.  Weaning over a longer period (10 days) was a better choice for group animals.

Steps to a successful weaning of calves: